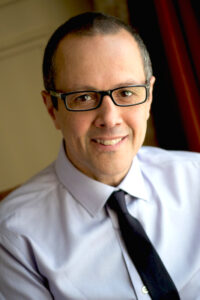 Paul Wizman MD, FACS, FRCS(C), FASMBS received his surgical education degree at McGill University in Canada. He then completed a fellowship in Laparoscopic Surgery. Dr. Paul Wizman practiced general surgery for 9 years then became deeply interested in weight loss surgery in 2001. After a year of careful research and training, he performed his first laparoscopic gastric bypass in February of 2002.

Together with Dr. Norman Samuels he started and successfully developed a weight loss surgery program in KPJ Damansara hospital in Kuala Lumpur, Malaysia. By 2012 they have completed nearly 100 cases of gastric bypass as well as gastric sleeves and revisional surgeries. The have presented their experience at International Federation for the Surgery of Obesity international meeting in California.

Dr. Paul Wizman also has a passion for teaching and has been involved in the preceptor and proctorship of some 70 surgeons around the world. He continues to present laparoscopic bariatric surgery related topics during continental and international meetings,  submit articles to scientific journals as well as proctor other general surgeons.

He currently is the Director of Bariatric Center Of Excellence at Northwest Medical Center.

Dr. Paul Wizman is a fellow of Royal College of Physicians and Surgeons of Canada, American Society for Metabolic and Bariatric Surgery (ASBMS), and Society of American Gastrointestinal and Endoscopic Surgeons (SAGES).